Gracie (Born Petrel) is the main protagonist of EFF Agents, and the director of the EFF agents. She can morph into a SeaWing, a penguin, a pony, and many other things thanks to her childhood friend, Bat the NightWing.

Dogkid's appearance changes depending on her form, but she usually just wears hoodies and sneakers. She is also commonly found wearing a tie in her pegasus and penguin form. She owns various ties. She is always seen with orange-red hair (unless in dragon form) and dark green eyes. Her colour is usually aqua or blue, unless an exceptional form like her SkyWing or angry bird form.

Gracie was born in Pyrrhia in the kingdom of the sea, but her name wasn't Gracie when she was born; it was Petrel. Her parents, Wave and Fulmar, took good care of her. But one day, when the skywings attacked the summer palace, she was separated from her parents. Her mother had instantly dashed into the battle between the SeaWings and SkyWings, while Petrel's dad, Fulmar, instantly grabbed Petrel and dashed to the tunnel most of the SeaWings were trying to escape into. A firebomb hit Fulmar before he could go underwater, and he dropped Petrel, and lay in the sand, his wings alight. He groaned in pain, and Petrel was about to go inspect her father. But, instantly her mother grabbed her and dashed through the canopy, dodging SeaWings and SkyWings. She dropped Petrel into the sea, and said, "Go, my child. I can't risk getting you killed. I have to cure your father. And if I get caught in a firebomb impact, you'll be hurt with me. And you can't wait here for me. A SkyWing is sure to see you and hurt you. Go! Go to the deep palace! Go somewhere safe!" Of course, Petrel didn't go to the deep palace. She was too young to understand. She only understood her mother's first sentences, not the last two. She swam off north, since her sense of direction wasn't very good. She found the depressing and dark island of the NightWings. She lived them for 3 years, until she was 13.

The NightWing didn't know that a SeaWing was among them. A lavender animus dragon, Bat, took care of Petrel. Bat and Petrel became good friends. Bat gave her the powers to become other forms, like a penguin, pony, and other dragon types. She didn't know the price of her powers, so she often wasted it, becoming crazier every time her powers were used. At the age of 7, Bat made a wormhole to an unknown dimension to protect her from the angry NightWings that were finding out about the animus NightWing's actions. She found herself in Club Penguin island, looking down at the pitiful buildings and penguins. She was utterly confused, as the penguins she'd seen looked much less colorful. She became a penguin, and lived at Club Penguin island. Her new friends called her Gracie since they thought it was too weird to be named after a bird. At the age of 15, she turned back into a SeaWing and scared penguins, accidentally crashing into everything. She wanted to go back to Pyrrhia, to her friend Bat; to find her parents. She wanted to make sure her parents were ok and tell them how much she loved them. Later, she tripped into a wormhole Gary had opened on accident. Screaming, but with hopes that it lead to Pyrrhia, she fell deeper into the hole and found herself on Condilion, a planet far, far, far away from Pyrrhia and Club penguin.

Gracie founded the EFF to protect Condilion after she saw the poor system of government and protection at the age of 15. After meeting Tails, a highly intelligent fox, she ordered him to opened up several wormholes to vast universes to collect agents and to go back to Pyrrhia. Gracie's father found her before she could go to Pyrrhia. Grace often hangs around Club Penguin when she isn't doing paperwork and director-y stuff. She wields the Dark Matter sword after receiving it when she was the Doctor's companion. The sword reveals her dark side, but with her being the director of a hero side agency, she'd never plan to blow up the sun with dark matter...

Dogkid does not appear in EFF Agents the movie- Lost city of Rio, but she appears in one of the pictures in the credits meeting Blu and Jewel's children.

Dogkid appears as the main protagonist.

Dogkid appears as one of the few agents with no kids. 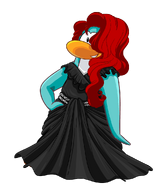 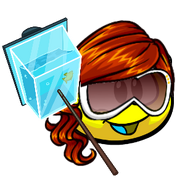 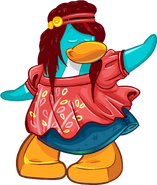 Dogkid trying out a new hair style and her newly bought outfit.

Dogkid thinking about her dress Stella suggested to buy. 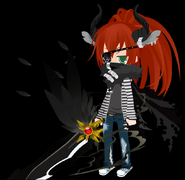 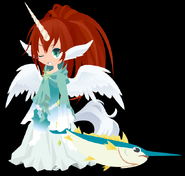 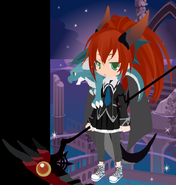 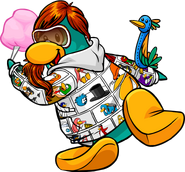 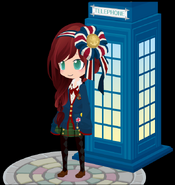 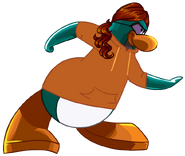 Add a photo to this gallery
Retrieved from "https://dogkids-wiki-of-wonder.fandom.com/wiki/Gracie?oldid=19402"
Community content is available under CC-BY-SA unless otherwise noted.