Popka is a dog-like character who first appeared in Klonoa 2: Lunatea's Veil, as a main character. He appeared again as a playable character in Klonoa Beach Volleyball, one of the competitors in Klonoa 2: Dream Champ Tournament, and had a minor role in Klonoa Heroes. 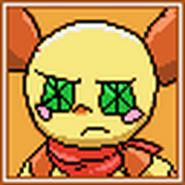 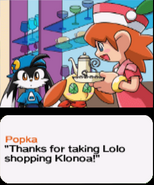 Add a photo to this gallery
Retrieved from "https://dogkids-wiki-of-wonder.fandom.com/wiki/Popka?oldid=18056"
Community content is available under CC-BY-SA unless otherwise noted.